This week SA takes a look at three books to enhance your Urban Library across all three lifestyle categories. 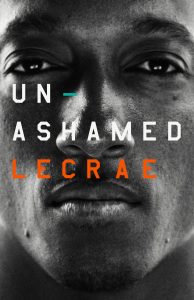 So I was first introduced to Lecrae by my late sister, whom by the way knew nothing about hip-hop but liked the positive message in his music dubbing his style “cool religion“. I listened to a few songs and quickly realized why he was awarded the two Grammys but most importantly a surprising level of honesty. With the rap game saturated with artists making false claims on wax in the name of “keeping it real”, Lecrae stands head and shoulders above the rest, as one of the ‘realest’ rappers alive. So it comes as no surprise that the book Unashamed, is an honest unveiling of Lecrae’s battle with adversity overcoming child abuse, drug addiction and suicide. Lecrae holds no bars on the truth in this inspirational story that will bring the toughest of thugs to tears.

Back in the days 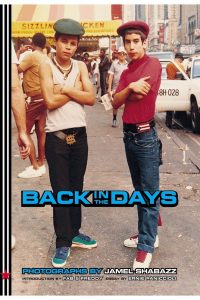 Like Nas said, “No idea’s original, there’s nothing new under the sun It’s never what you do, but how it’s done”. This couldn’t ring more truth when it comes to urban fashion. From the return of the snap-back to the longevity of the shell-toe Adidas, Jamel Shabbaz captures the evolution of fashion and style in 80s Brooklyn. Although not a dense read, pictures in Back in the Days speak volumes in highlighting trends in a vibrant community. However, a closer look beyond the eccentric poses reveals a darker more sinister underworld where gunshot wounds, gang signs and colors tell the story of a more troubled society. 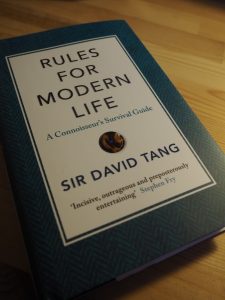 Who better to guide the urban gent through the social complexities of city life than the millionaire entrepreneur knighted for swag, Sir David Tang.  Rules for Modern Life is a cavalier’s ultimate compendium on etiquette, style and social code. Sir David’s witty and dry humor take his agony uncle role with the Financial Times to a whole new comical level. If you were considering sporting a bowtie to your next dinner party, think again. According to Sir David’s sartorial advice, “why would any man wish to wear a butterfly around his collar”. Indeed a subjective issue, but certainly one worth the debate.