The Man Behind Eminem’s New Album, Revival: Who’s The Ducer 💽 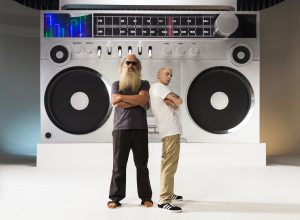 Eminem and Rick Rubin have history. They teamed up back in 2013 and dropped “Berzerk”.

We thought it would be a dope idea to check who’s got the buzz in the hip-hop charts at the moment. However, staying true to our commitment to being different, we focused on what most choose to ignore and decided instead to take a closer look at who’s actually“ducing” all these butter “bums” (albums). Going a step further, we also checked out what else the dope producers are up to and it turns out there are a lot of interesting people behind the bangers in the charts. Shout out to Matt for coining ‘Who’s the Ducer’ as a sweet name for this feature.

At the moment, without a shadow of doubt the anticipated release of Eminem’s new album – Revival, has got the net in a frenzy. The track list was dropped and hip-hop fans were shocked and somewhat disappointed to see names like Beyonce, Ed Sheeran and Kehlani featuring. Like where’s K- Dot, where’s Goldlink, where’s Chance? Even Drake couldn’t make the cut but on the other hand who ever thought Dido would feature on one of the most iconic hip-hop tunes of the naughties. The track featuring Ed Sheeran is actually quite good but we will leave the Revival album review for another day. Nevertheless, what caught our eye is the fact that Rick Rubin was one of the two executive producers on this long-awaited record. 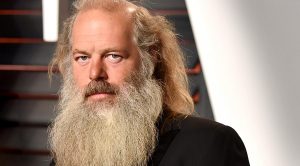 So who is Rick Rubin (RR)? Well according to MTV, he is “the most important producer of the last 20 years”. I mean it wouldn’t be far-fetched to say that if you have a favourite song, RR probably had some involvement in it’s making. Born 10 March 1963 (Pisces) in Long Beach and named Frederick Jay Rubin, RR moved to Lido Beach NY where he grew up and started his career in music. Fast forward to the present day and not only has the guy grown one of the most impressive beard of all but he has also amassed a stupid amount of cash in the process. It is estimated that his net worth is in excess of 450 million US dollars and that’s no surprise for a man who has co-written and produced over 20 Billboard Hot 100 number 1 hits. The guy has worked with everyone on the music scene. To name but a few, RR has worked with Beastie Boys, Shakira, Red Hot Chili Peppers, Johnny Cash, Jay Z, Kanye West, Linkin Park, Justin Timberlake, Run-D.M.C, Justin Bieber, and Tom Petty. As if that’s not enough, please check out his partner, Mourielle Herrera. The guy’s got the juice! 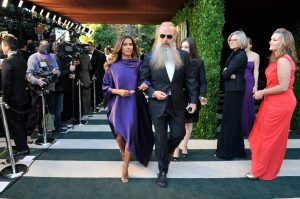 For us hip-hop heads, we owe homage to RR for nothing more than helping to bring hip-hop to the mainstream. We can debate all day about whether or not that’s a good thing but as a co-founder of Def Jam Records with Russell Simmons, RR helped create a billion-dollar industry that has fed many mouths to this day. One of Def Jam’s earliest signings included LL Cool J who dropped “ I need a beat” and Public Enemy who went on to release several platinum albums.

RR’s production style is distinctive and often fuses hip-hop and rock into aggressive beats which have gained the respect of the likes of even Dr Dre. Characterised by powerful guitar riffs, swelling piano synths and dope samples, some of his most memorable work has to be Run DMC’s cover of Aerosmith’s “Walk this way” and Jay Z’s “99 Problems”. With such a catalogue, recording in RR’s Shangri La Studios in Malibu has become somewhat a barometer of success for upcoming artists. It’s rumoured Travis Scott and Big Sean have both been seen at Shangri La Studios suggesting they too may have fallen for RR’s musical talents. His guaranteed formula for chart success has also earned him several awards including the Spotify Secret Genius award in which Frank Ocean seemed honoured to present.

Besides music production, RR has also successfully dabbled in acting and film production. Often starring as himself because he keeps it 100 all the time, Rubin featured in films like Krush Groove and Tougher Than Leather but has also scored multiple music video cameos. 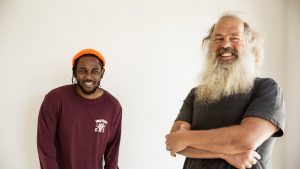 I think it’s safe to say the man has earned every dime of his 450 mill and deserves a Slick Motive Salute (SMS). Want to know more about the man most don’t know they love? Check out his latest podcast with Malcolm Gladwell called “Broken Record” for dope insights into the music scene.

Share the sauce:
Tagged with: Who's the Ducer
Slick Motive > Music > Mainstream Dream > The Man Behind Eminem’s New Album, Revival: Who’s The Ducer 💽