If you don’t know by now Afro Beats is the new wave! One of the most recent trendies in the UK urban music scene is that Mother-Land Flow. Collabs between these long distant cousins are currently on the rise; let’s look into this further! 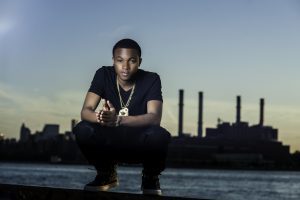 A lot of English rappers specifically of African descendant became very creative with their craft lately i.e. sampling old skool bangers parents, uncles and aunties skank to back in the days, revamped mostly into a bouncy urban feel giving these classics a new light.

Celebrating versatility, Drake’s “One Dance” features Wiz Kid born Nigerian and acclaimed the AfroBeats prince. The song itself as you know features a sample from “Do You Mind” a classic Funky House banger which had the entire UK ‘skankin’ back in 2008. Co-produced by Nineteen85, DJ Maphorisa and Noah ’40’ Shebib the melodious sample was certainly put to good use.

Interesting enough, C-Breezy & Kid Ink jumped on a remix for Ayo Jay’s “Your Number Remix” originally a 2013 low-key banger which climbed the charts a few years later! It is also crucial to understand while some may feel AfroBeats has a melodious theme going on, an apology for crashing your bubble there are also trappers involved?

Afro-Trap (clue in the name) comprises of an African lingo rap on a trap instrumental. There are two types of Afro-Trap artists, an English rapper of African decent embracing their roots through music or Africans based in the Motherland. The interesting part about this sub genre is you can tell the flow, word play and the melody is there but 9 times out of 10 rappers are rapping in their local dialect, good thing music is a ‘Universal Language’ ?

One thing is noticeable here…the Americanos & Brits both found a common ground to uplift the Mother-Land Flow agenda!